My Birthday boy. Jackson favorite thing to do is go on "Treasure Hunts", he always asking the baby-sitters to do them or trying to get his grandma or me. So for his birthday's I started making him get the presents through a treasure hunt. 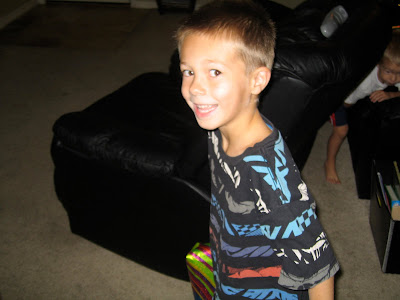 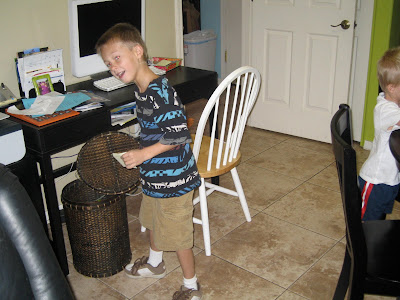 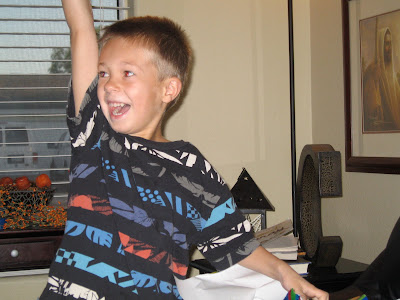 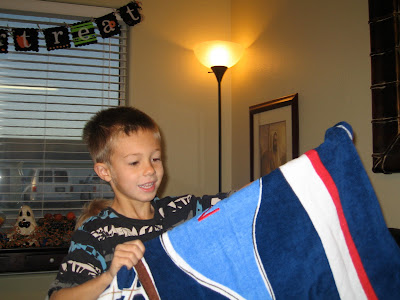 For the past year J has been saving up all his money for a Nintendo DS lite. We said we would pay for half for his B-day present. So Stephen went out to get it and not suprisingly came home with a Wii. He thought it would benefit the whole family and J would like it more.
Well he was totally expecting the DS so here is the look on his face when he opened the Wii. He was so excited and loves it . 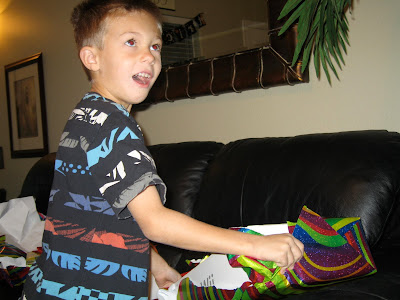 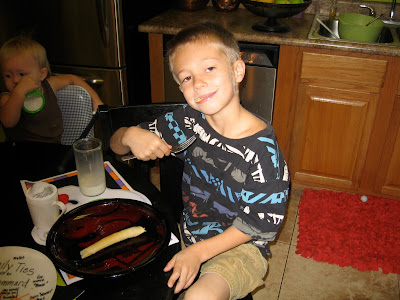 Riding his bike to school for the first time. 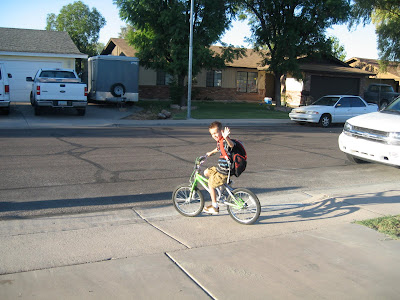 Jackson picked Ra for his dinner. ( we decided to do every other year parties so it was date night with j and us) we went Goofy golfing after that. it was Jackson's first time and he loved it. him and steve were really into it. 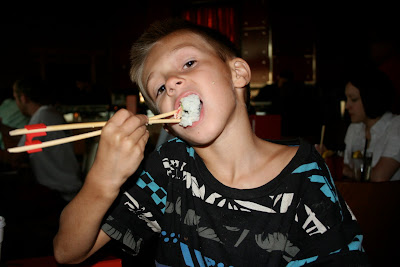 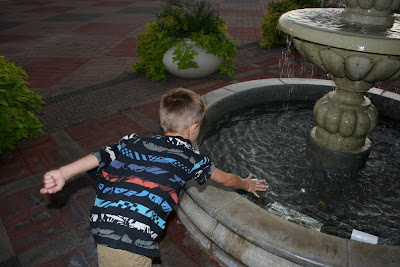 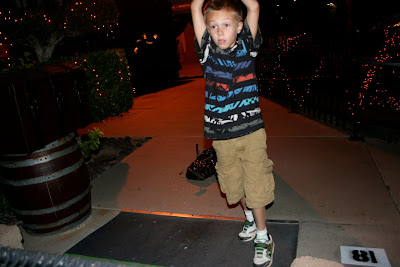 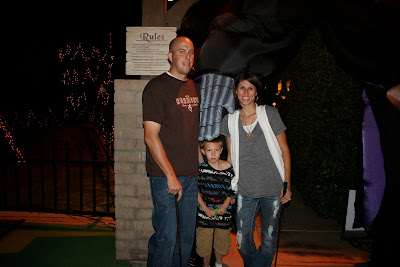 Jackson won and no we didn't let him beat us. 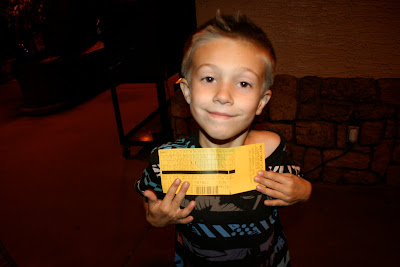 I can't believe how grown up he is getting he is in school he rides his bike there, he loves playing with his friends. He is getting so good at reading, he especially loves to draw and I might be biased but he is soo Good. I love all the stories behind the pictures. He is a great big brother.

I can not believe he is 6!! Time has gone by so fast! That is funny he picked Ra to eat at!! Good for you! :) You look adorable Crystal!! MIss you!

I love that in every picture Jackson is showing off his shoulder.

You look amazing in that pic of you J and Steve! Have you lost weight?

I was dying of the pic of the boys on the roller coaster! I can't believe H went all by himself!

When did P start looking like she is 5?!! Seriously!

Cutest boys sleep over with Grandma ever!

I want to see a before and after of the house. I can't believe you guys did it yourself. But way to go on saving so much $!

I was totally laughing when you said that you got calls home from J teacher at school. He is taking after his crazy Mommy. You were always the rebel one growing up.

Could the Alaska trip look anymore amazing? You all look so great. Love all the scarfs. Heather's hair looks really cute dark. It's funny seeing Brett with your fam. Are they engaged yet or what?!

I think that was it. Miss you tons! Counting down the days to see you next summer!