A name for the Pup

The impossible has happened, my husband who does NOT like dogs and has refused to ever even consider the possibility, brought home this little pup. My kids went Crazy, Pres and Hud absolutely love dogs and anywhere they see one they go straight for it and won't stop. 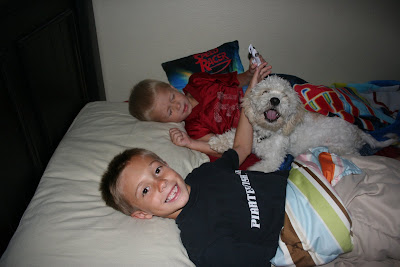 Puppies first bath.
It took us a while to chase him down, I think he knew what was coming. 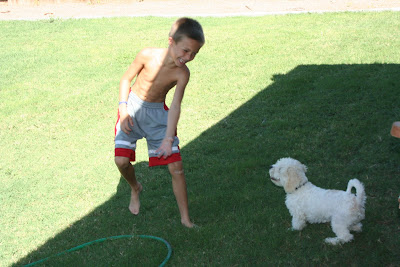 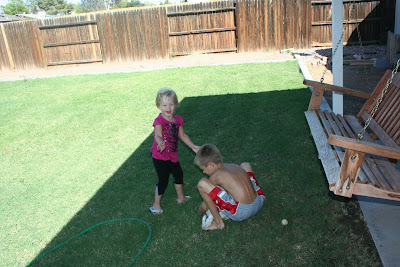 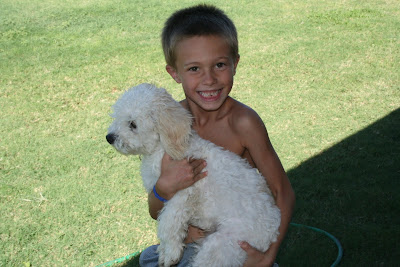 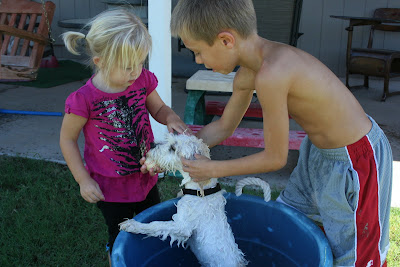 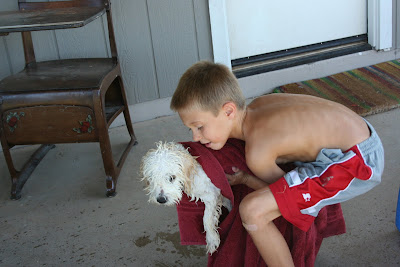 We love having the dog around he is a super sweet pup, even though he chews through everything. We are losing shoes left and right! We have had quite a hard time deciding on a name we have quite a list
Tucker
Puppa
Essay
Dragon
Buster
We decided on Tucker, except we still really never called him that. It has mostly been puppy or pup. A couple of weeks later Suzanne suggested we call him Charger after Stephen's all time favorite team the San Diego Chargers. We all like it, though we still call him Puppy sometimes.
It has been a ton of fun having a dog and even Stephen is getting a little better and can even be found petting him! 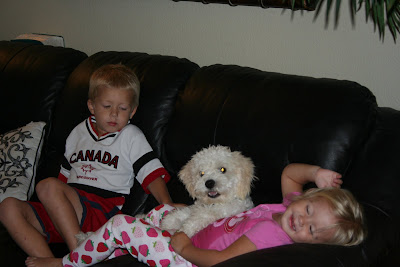 Thats the cutest dog ever. Just had to tell you I tried the summer pizza recipe & loved it!!!

I am so glad Abby, it is definitely my new fav pizza.