My not so Baby Boy

Hudson is constantly making us laugh. He is in such a fun stage right now and I just love it. Every morning when he wakes up he comes into get me ( that is if he wasn't already in my bed invading my personal space) he usually asks for a bottle then he goes and wakes up Presley ( this I do not approve of ) but he just can't wait to see her and start hanging out. He then proceeds to go into the pantry and take out 2 boxes of cereal ( his breakfast of choice) he eats his cereal and waits for J to wake up. When J does wake up and gets his bowl of cereal he of course has to have another one to eat with his brother. He then plays with Jackson preferablly outside with all the balls. After lunch is his nap time. He is locked in his room and almost always goes right down to bed unless however he takes off his diaper and goes poo. Yes this has happened a few times. This is his new thing taking off his diaper wether it is dirty or not sometimes he will go poo in the toilet most of the time he just likes to sit on the toilet. One of his favorite things to do is play with his sister he will just sit at her side saying "his titer" over and over kissing her playing with her dancing for her and anything to make her happy. He is such a great big brother. Jackson and him share a room so night time can be quite crazy. Huddy starts off in his bed but usually gets out about 10 times before I let J go sleep with his dad while I lock Hudson in the room to fall asleep. It can be quite an ordeal many times he gets out of his bed and goes in Presley's room and wakes her up (AHHH drive me crazy) then most days in the middle of the night he comes and gets in bed with me and gets as close as possible. ( which I can not do so I push him over and make him cuddle his dad)
Wow I love this boy 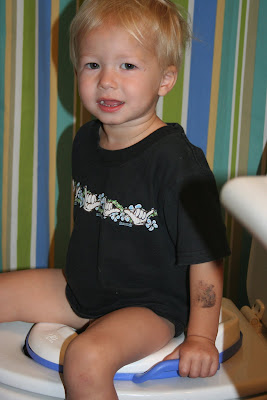 For about a week after Halloween he would come up to me every morning with his Elmo Bucket and say "Trick or Treat" to get a piece of candy from the jar. How could I resist. 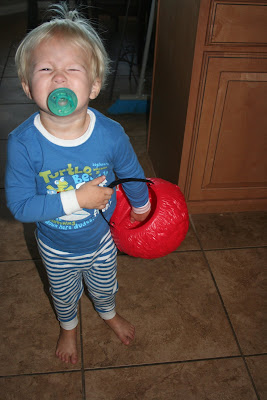 Hudson is such a cutie!! way to go buddy! Crystal can you e-mail me your home address please? cbkheiner@hotmail.com

I really want a pumpkin dognut!!!

Happy Thanksgiving if I don't see you before then!

Hudson is getting so big! I can't believe it! Cute pictures! Your kids are all adorable and I'm sad I haven't seen you forever! Love ya

Huddy- I love you so much. I want a son just like you!

I can not wait for you to live by me so I can taste all of these yummy things that you make!

He sounds like a crack up! He is dang cute too!

Your kids are growing up so fast. Your little girl is so cute! I still make your zuchinni bread recipe, I might need to get your pumpkin doughnut recipe too.

I know some folks here who have gotten results with Male-Extra penis enhancement pills. Im just about to order as i've been hearing amazing results with it. But first off, I want to know if Male Extra does it work as good as they say it does?

I want...no make that I NEED to know the best way to enlarge Penis. Male-extra pills promises 3 inches growth within several weeks or they return your money. So I guess that essentially means, if my penis dont grow real fast? They lose money, coz I got to use the pills at the same time get my money back right?

Please reply at the soonest possible time!
I need to make a decision fast!

Im already sold on it to be honest, but I just need that one last push so I dont put this off any longer.


The advertisement for the pill I last saw at this site. I hope its still there.

Kim Jong-un, the crown prince of kim family in Korea, originally wanted to show his elegant demeanour of the ¡°Gained the door¡± in the Big Parada, but little does one think, what became famous is the 80,000USD Patek Philippe watch on his wrist. It seems that watch is the best option to burn the useless money. What timepieces else are those aristocratic and elegant ones in the world? Follow is the top 10 watches which may not be gained with money. And which is your target?[url=http://www.himbags.com/cheap-fendi-handbags.html]fendi bags[/url]
Rolex watches are amazing. A gorgeous Rolex watch looks great and stylish. As we all know that Rolex watches are known for its strength and endurance, that's why Rolex watches have a good reputation for so many years. And also you will see the quality and precision reflected in each Rolex watch. So, Rolex is a name that thousands of people had dreamed of.