A couple of weeks ago Stephen took J and his cousin to the Suns Game
While they did have a blast Stephen doesn't know if he would do it again. Most of the time they either wanted to eat or play, I think the pair together made it harder.
Eating at Wendy's before the game 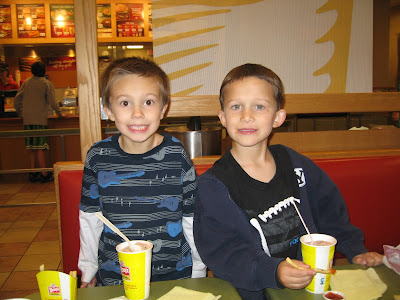 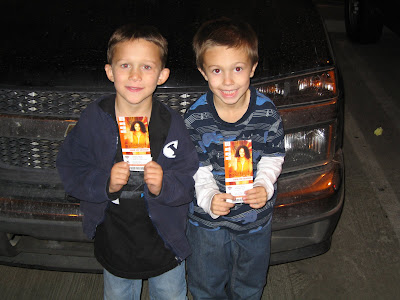 The first thing J told me about when he got home was his picture with the Dancers.
What a stud, his cousin wouldn't get in the pic, he was afraid the girls would kiss him. 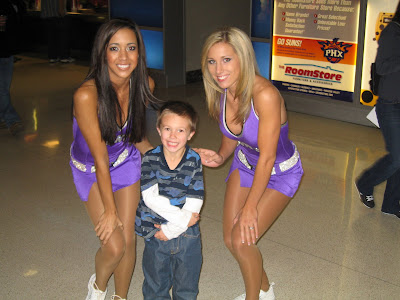 Face painting of course-apparently Daddy is a sucker 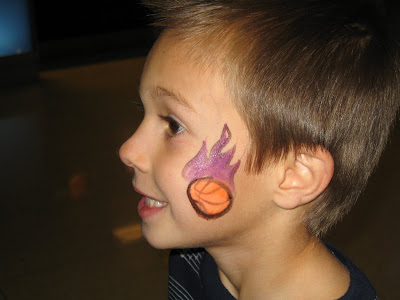 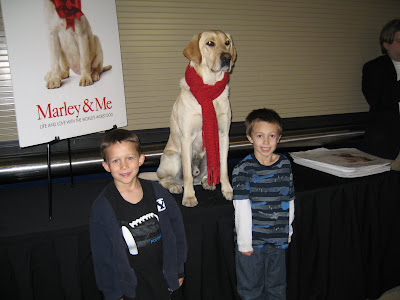 They had this court on the upper deck for parents to take their kids while still watching the game, most of the time was spent up here. 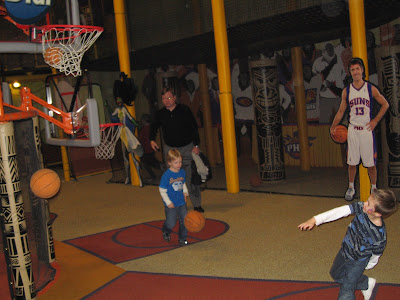 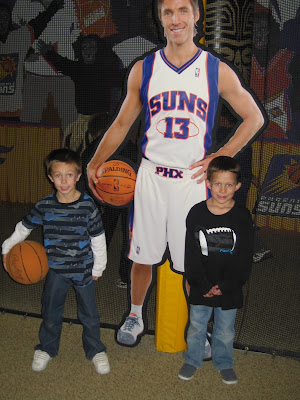 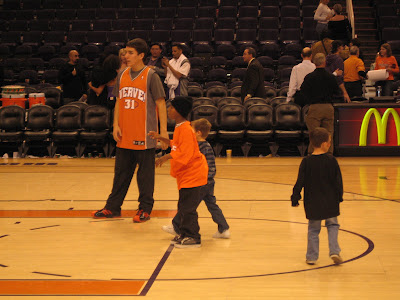 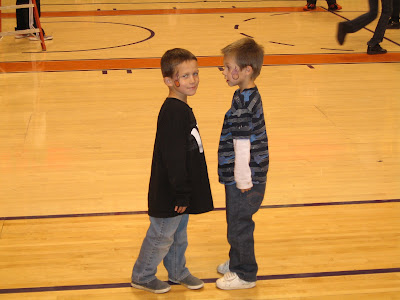