Hudson's Birthday started off during the middle of the week with a shopping/lunch trip with Grandma C. Since he is the only grandchild with a b-day in Jan. he got a one on one trip. Grandma C and Huddy also share the same birthday so it was even more special. She took him to Target ( she usually takes them to a couple of stores but didn't make it since he spent all his money at target mostly in the dollar section) He went crazy for all the farm animals in the dollar spot. and no matter what other "more expensive/better" present she tried to get him to get instead he always chose all the farm animals. He would also go down the aisles saying " that is for sister" or "that is for Jackson"! After shopping they went to McDonalds, he loved it and came home with his Happy Meal ( which was his first one) showing it off and so excited to share his fries with J and Pres. 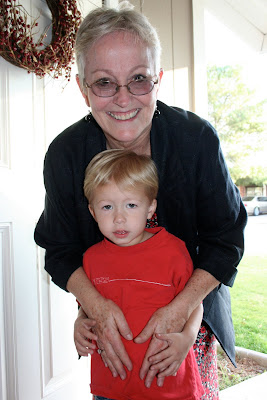 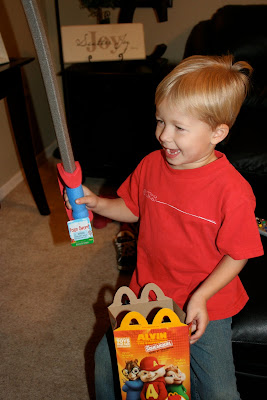 Next on Friday night Steve and I took him out for some more birthday shopping. We first went to McD's Again ( his new fav) where he had his Second Happy Meal. 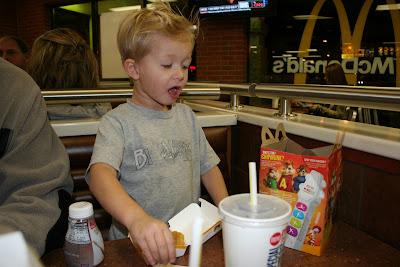 Then we headed over to Walmart. While shopping for toys he always picked out anything "CARS" ( the movie). He kept switching things when we made him choose one or the other. He eventually ended up with a Cars backpack, Cars hat , a toy car, a sword and some gum. 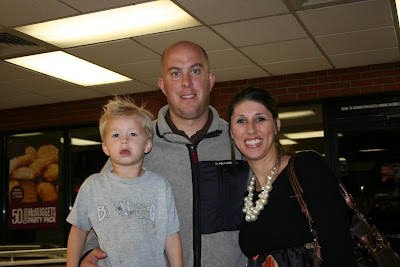 On Sat. was his birthday party, where he invited his 4 friends via Monkey Mail. Chloe, Sally, Jonnie and Maddux, sadly his other 2 cousins were in Utah. The birthday was of course Cars themed. They played in the bouncy house for a little bit then it was movie time, where they watched a Cars Short and a video I made of him . 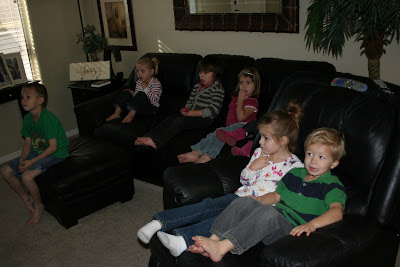 Huddy and his girl Chloe 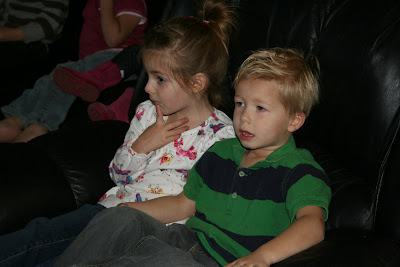 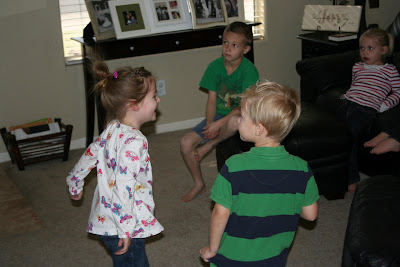 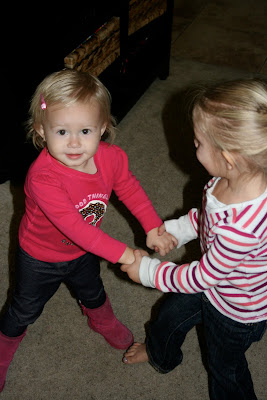 Then it was Zinger Car making time. 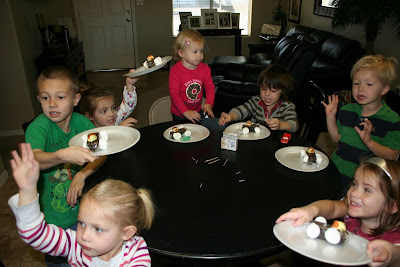 Next onto presents and thank you's 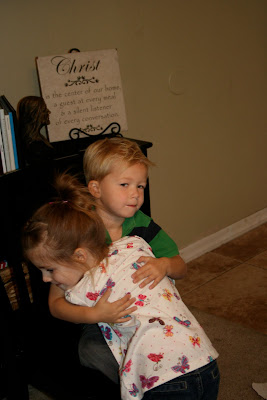 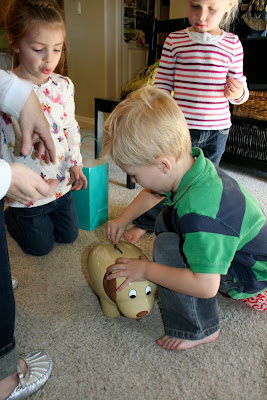 Then pizza and cake and ice cream with of course a Cars Cake! 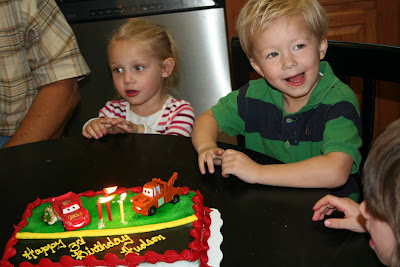 he jumped the gun on the blowing out of the candles about halfway thru the song. 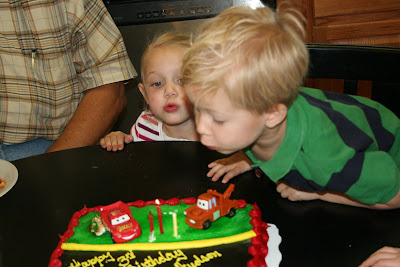