The other night we had tickets to the Suns Game in which Ellie and Taryn were dancing in. So I thought I would take J to this game so he could see his cousins dance. He insisted I didn't make dinner since he wanted to buy pizza at the game with his own money. I said fine but then he had to take me out to ( i was not planning on really making him pay) but since he threw the Biggest tantrum about it I decided he needed to learn to be more grateful. So after a lot of back and forth. He decided to take his mom on a date. It turned out to be a pretty night once all was said and done.
Here is J on Jackson street. 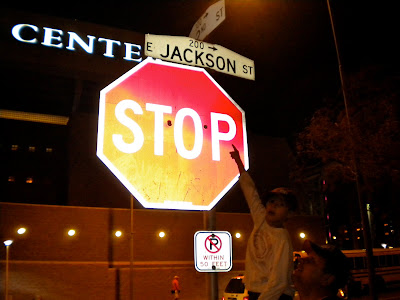 We spent most of our time there OUT of our seats.
In the Jungle, bathroom, drinking fountain and so on. Here are the three prizes they bought with their tickets. 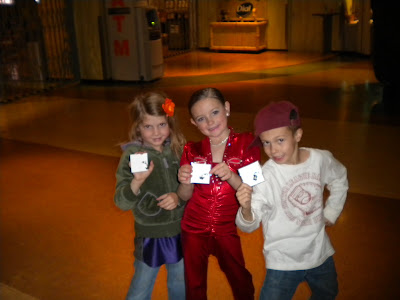 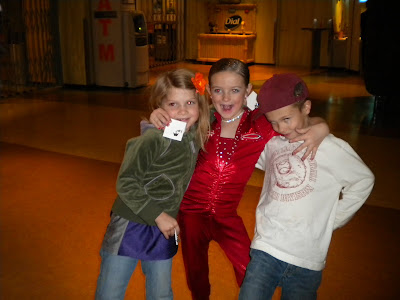 I love having some one on one time with my eldest boy. It is a whole new experience 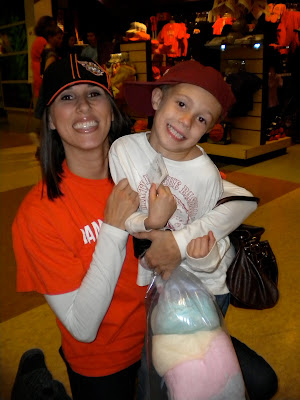