They took my Balls out

About 6 months ago we found out J had a Hernia it didn't hurt him but the doc told me to see a surgeon, he found another one and thought it was best to take them out. So last week we got up at 5 a.m. and headed off.
I was surprised J wasn't going crazy with how tired he was. 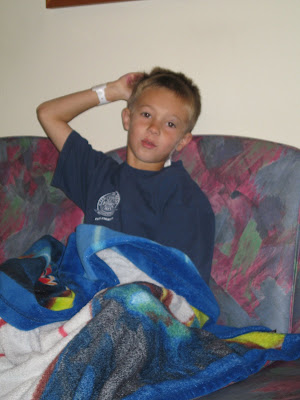 1 1\2 hrs. before the surgery they sent us to the FUN room, with toys, puzzles, books, games and anything else you can imagine. He even got to decorate the mask they were using to put him under.
Jackson got this cool outfit to wear (which took a little coercing) 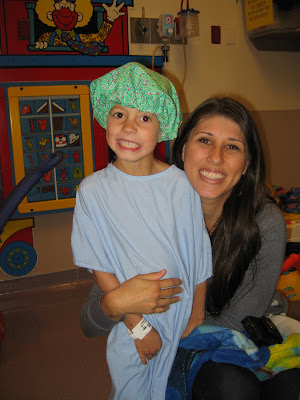 Then he was off. 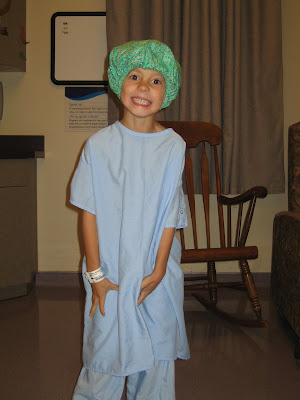 After it was over and we came to see him this is what he looked like for the next hour and a half. We tried everything to get him up. Stephen had bought him a ton of prizes, but none of it worked. The next 2 weeks are going to be the hardest he is'nt supposed to do any strenuous activity including running, jumping or bike riding ( not so easy to stop a 5 yr. old boy from stopping) We are just so happy it turned out just fine, he is now one Healthy 5 yr. old boy. 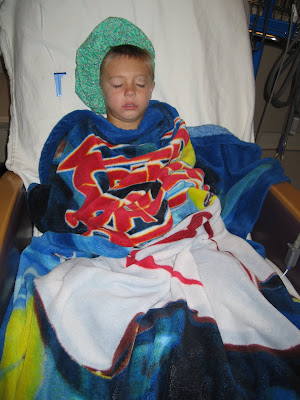 He looks so big now! I didnt think it had been that long since I saw you last. I'm glad that everything turned out well.