In the last 3 months J has had 2 teeth pulled. This boy has more cavities than Me! The first one that was pulled didn't seem to really hurt him, in fact he was so excited for the Tooth Fairy and the money that he was okay with another one getting pulled. But the Second one wasn't quite as good of an experience. Jack is a pretty dramatic kid which he gets from Me. I had Stephen take him and he said it was BAD! The whole time J was screaming and yelling at everyone they had to take 15 min. just to calm him down ( I think this one was worse because they also filled a cavity as well) Stephen said after while he was picking out his prize he was still yelling at everyone saying how bad it hurt. Luckily there was $ to make it all better. 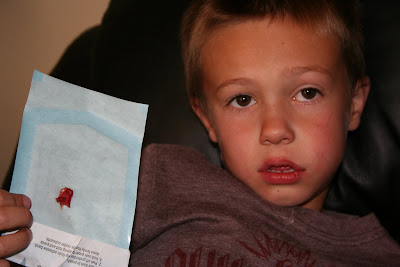 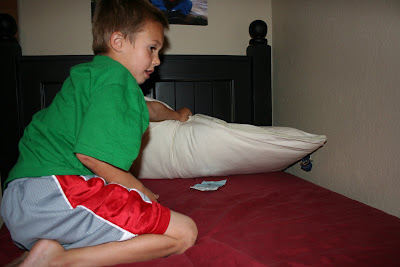 Geez ... makes me glad that they drugged Bradley up to have all his dental work done!!
:( Bradley just lost his last tooth a week ago, I'm so sad!!